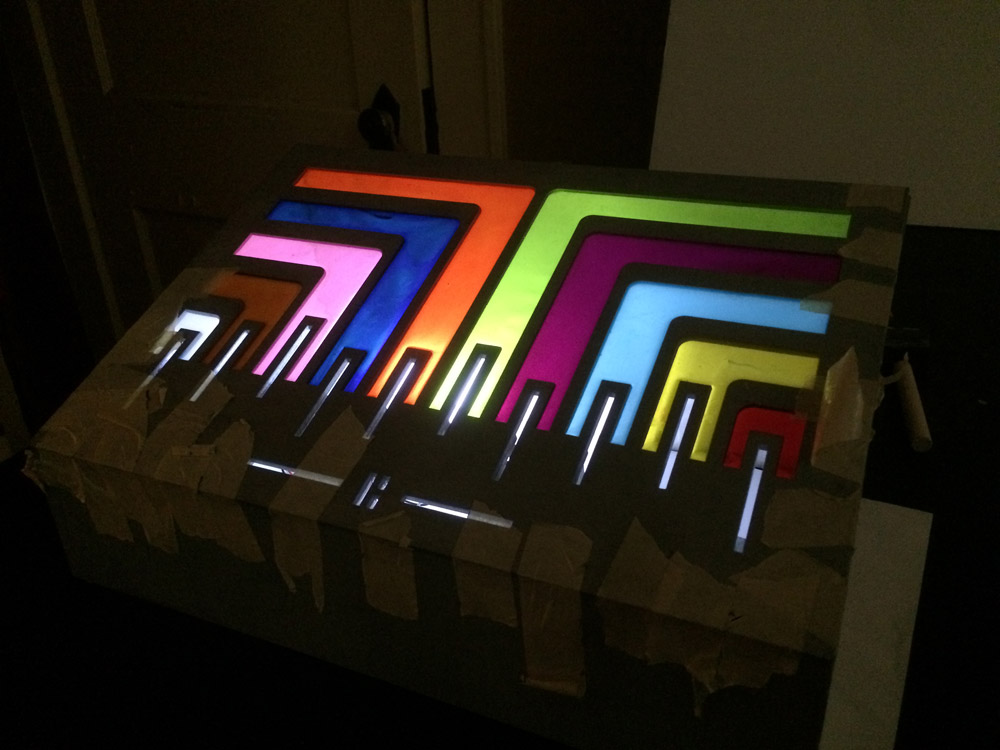 I’ve been hard at work on the various design/engineering aspects of The Silent City II. Here are some preview images of our consoles, from prototype-to-almost-complete.

We’re busily working on our next show, coming in September of 2017. Our 2016 show was a great success, and we are looking forward to phase two. I’m already getting my hands dirty. And sticky. With more resin.

In our last meeting, Lauren and I were talking about the direction blog is taking. Actually, Lauren was asking, and I was evading.

See, I’ve written about a hundred blog entries in my head… and on my Notes app on my phone. But as for publishing them on here? Let’s just say: Nope, not yet.

I was about to tell Lauren that I wanted to switch directions completely– you know, start over with my blog concept.

My blog concept, by the way, was to actually document the process of creating this piece, so it’s kind of hilarious to me that my first thought was to say I want to completely rewrite all of the blog entries that I haven’t written yet so that they now fit this new concept for the blog that doesn’t yet exist.

So then I realized, um, the reimagining and reformulating and planning and all of that good stuff was my concept in the first place. And thus, I am officially letting you all know that my initial concept, of which you know nothing, has now shifted.

There, that’s a fine introductory entry.